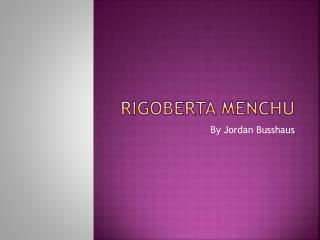 Rigoberta Menchu. By Jordan Busshaus. Childhoood. Rigoberta Menchú was born on January 9, 1959, in Chimel , a village in the Quiché province in the mountainous northwest region of Guatemala. Her mother was a midwife. Her father was a day laborer. rIGOBERTA.

“I Rigoberta” and the Politics of Discourse - . &quot;for common people such as myself, there is no difference

Rigoberta Menchú - . by: alana mazzei. early life. born january 9, 1959 in guatemala there are 22 ethnic groups in

Global civil society – a Western INGO phenomenon or a force instigating new direction to globalisation? Part I: An