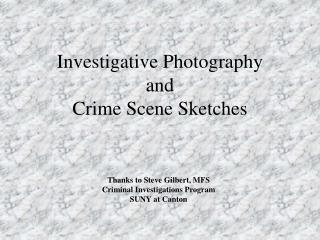 History of Photography - . photography was one of the many inventions of the 19 th century– the electric light, the

Forensic Aspects of Photography - . although forensic photography is simply the application of photographic principles to