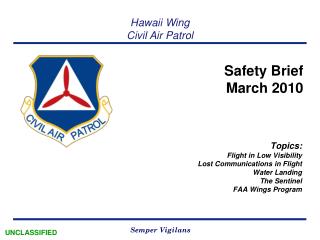 Template for end of safety improvement project presentation - . march 2010. this document is designed to help you prepare

Safety Briefing - . program goal. primary goal of the cap safety program is to protect both the membership and its assets