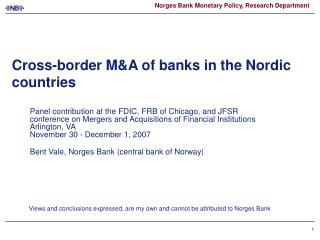 The Causes of Banking Crises: What Do We Know? - University of crete 4th conference in macroeconomic analysis may 25-28,

The Cross Applied - . 1co 15:3 for i delivered to you first of all that which i also received: that christ died for our

Nordic survey 2012 - . iprospect nordic. which of the following devices are you using accessing the internet?. how often