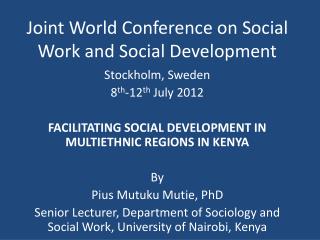 The 2010 Joint World Conference on Social Work and Social Development - . “ if you are coming to help me, you are

Presentation to the Joint Social Work Education Social Work Research Conference - In and against the state :

Social Work - . linking community and career by: britany brandon. what is social work

social work - Let's do something for animal, bird, fill some potholes of the road, help someone and plant some tree.

Social Work - . nicole cox english iv mrs. kathy saunders. social work. i chose this topic because i am considering this