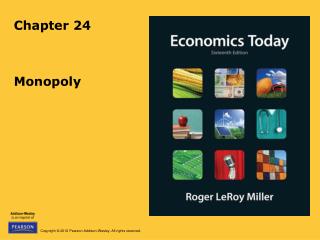 Chapter 24. Monopoly. Introduction. In New York City, a taxicab requires a medallion as legal possession of a license to operate the taxi business. Thus, the medallion constitutes a barrier to entry to New York City’s taxicab industry.