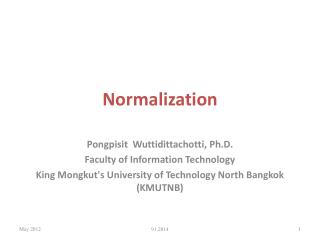 Normalization: Kroenke Chapters 3 and 4 - . a relation is categorized by one of several normal forms . an aid to design

Data Normalization - . n ormal is not something to aspire to, it's something to get away from. ~ jodie foster ~.