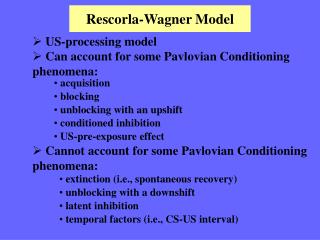 RESCORLA-WAGNER MODEL - . what are some characteristics of a good model? variables well-described and manipulatable.

Celia Wagner - . hobbies. knitting playing the piano baking. my favorite food is agedashidofu. it is a japanese dish made

Wagner Silveira - . microsoft mvp - azure. creating a processing pipeline with azure function and ais. about me.