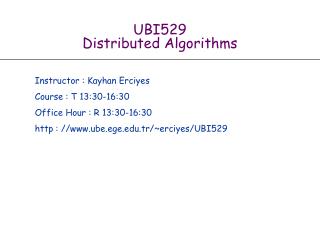 DISTRIBUTED ALGORITHMS - Several sets of slides by prof. jennifer welch will be used in this course. the slides are

Distributed Algorithms (22903) - . approximate agreement. lecturer: danny hendler. this presentation is based on the book