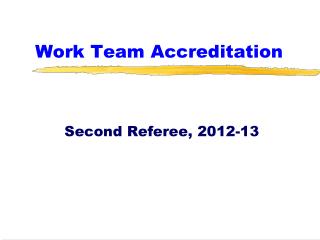 How to Get Started with JCI Accreditation - . the accreditation journey: general suggestions. the importance of