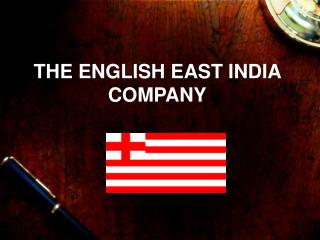 THE ENGLISH EAST INDIA COMPANY. The organisation of the company. Comparison to others. How/why it was more successful. Overview. WHAT WAS THE EAST INDIA COMPANY? - . east india company was the name of several historical european companies chartered

Developing the East India Company 1757-1833 - . the transition from trade to empire from plassey to the 2 nd charter