Do you ever feel like this? - PowerPoint PPT Presentation 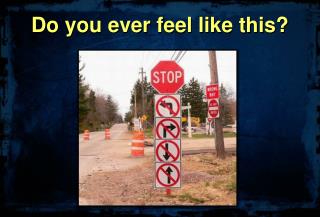 Random Act Of Kindness - best examples - case studies - Feel free to use it. just share this presentation if you like.

Expected and Unexpected - . powerpoint by: kristina sica clip art from: www.google.com based on the principals of social

“How confident do you feel about teaching vocabulary?” - . rate yourself using a scale of 1 to 9 on your confidence

What comparison are they making about Obama and Why? Do you feel confident in the new leadership? - . what challenges

“How confident do you feel about teaching vocabulary?” - . rate yourself using a scale of 1 to 9 on your confidence

Wireless login today - . login: sct password: teacher1. “i still feel so far behind the curve. i sort of envy those

Texture - . chapter 8 arttalk textbook. texture. texture is the element of art that refers to how things feel, or look as

Interview Period 4 - . the irishman. by: kandice canady, jessica hines, bryson sibrel. question one. how do you feel

Quality 101 You can do this! - . windy stevenson, md medical director, doernbecher quality program. how do you feel about

Java Swing Look and Feel - . creation of a look and feel package. introduction. this presentation is designed to show you

Firework par Katy Perry - . do you ever feel like a plastic bag drifting through the wind wanting to start again. do you