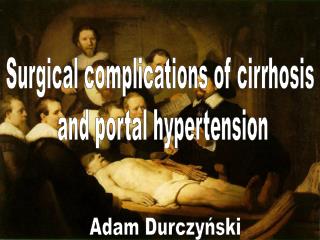 Portal Hypertension - . portal vein anatomy. the portal vein is formed in front of ivc and behind the neck of the