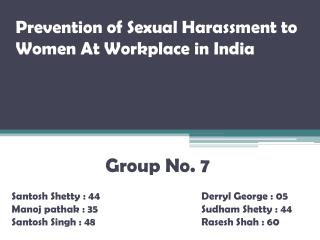 Workplace Violence - . safety through prevention setting a policy open your eyes and you’ll see it, open your ears and

Hand and Finger Injury Prevention - . a safety meeting to increase awareness related to hand and finger injuries in the

CIVILITY IN THE WORKPLACE - . workplace sub-committee commission on the crisis in nursing. civility in the workplace.