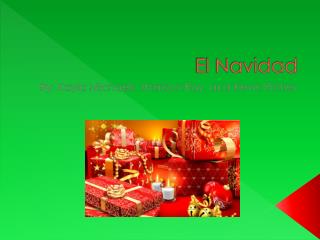 El Navidad. By: Kayla Michaels, Harrison Roy, and Kevin Picher. Spanish Christmas celebrations are a lot like the traditions of other catholic countries. Although there are not many customs unique to El Navidad there are some festivities that make up this holiday season. .

MERRY CHRISTMAS! FELIZ NAVIDAD! - The anglo-chilean society requests the pleasure of your company for:. a christmas