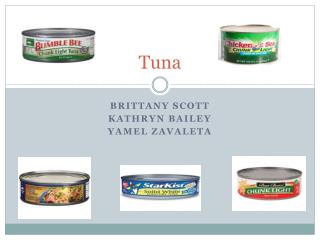 tuna - What factors have contributed to threats of tuna extinction, interfering with tuna conservation ? common good

TUNA - . belinda knott http://www.noaa.gov. history of tuna. in the early 1900’s sardines were the most popular

Bluefin Tuna - . a report by kyle hubbard, kai qin, and ann-germaine kreger. an unknown future. one of the most sought

The bluefin tuna - . by zach yates. r elations. what the bluefins closest relatives are…. kingdom phylum

Canned Tuna Wholesale - At a bulk price with saengthongtuna. we provide the best quality canned tuna for customers. if