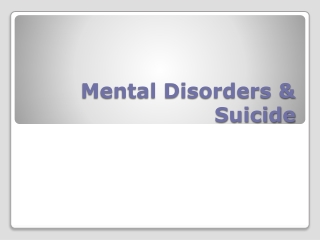 Mental Disorders & Suicide. A mental disorder is an illness that affects the mind and reduces a person’s ability to function, to adjust to change, or to get along with others. Mental Disorder.