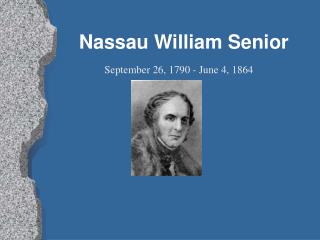 Nassau William Senior. September 26, 1790 - June 4, 1864. Scientific Economics. The first holder of the Drummond Chair at Oxford Chief Works An Outline of the Science of Political Economy "Report on the State of Agriculture", 1821, Quarterly Review William Shakespeare: A Senior Refresher - . what do we know of this bard?. born on april 23, 1564 in a little country

NASSAU CONFERENCE - Brazil’s new cfc legislation and its potential impact on clients and their offshore structures.

Yacht Charter Nassau |Bonaparteyacht.com - Motor yacht bonaparte is available for charter in the bahamas from nassau.