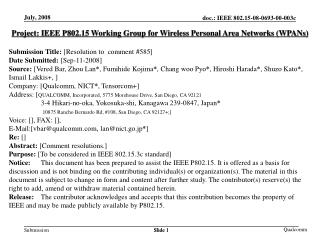 Slide 1 Title Slide - The effect of the war on society: assessment. slide 1 title slide. the home front during wwi. slide

Slide 1 - Rhetoric of terrorism. how we talk about the “war on terrorism” comparative research on japan, russia and