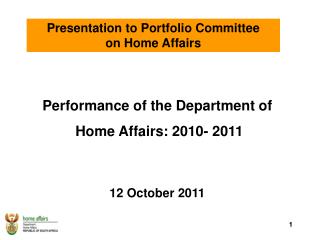 May 2011 - Creativity performance stability. may

DEPARTMENT OF ENERGY - . presentation of the 2011/12 mtef strategic plan to the select committee on economic development

October 3, 2011 - Preparing teachers and teacher leaders in the era of the common core state standards: mathematics