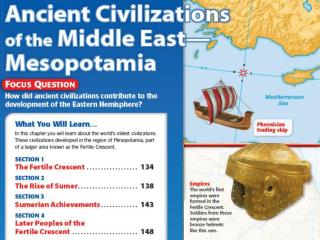 Section 1: The Fertile Crescent. Early people settled where crops would grow. Crops usually grew well near rivers, where water was available and regular floods made the soil rich.

Use and importance of cover corps around the world - . crucifer cover crops. peter-jan jongenelen, productmanager cover

Precision Planting for Row Crops - . by: kevin waldschmidt. precision agriculture. anything that maximizes an

Understand how people may have first reached the Americas. Find out how people learned to farm. - Objectives. understand

Crops and Soil - . dontae,jace and sam . what is the natural resource you read about. we read about crops and

Bioenergy Crops: the Good, the Bad &amp; the Ugly - . alternative agricultural enterprises for the treasure coast

10TH GRADE RELEASED TAKS TEST - Question 1. one reason the earliest civilization developed at the eastern end of the