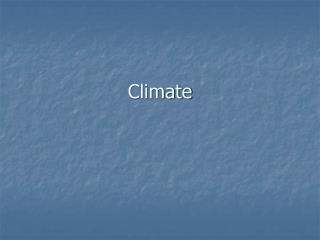 The challenges of climate change - . lecture 3 – forcings and feedback. outline of course. do we understand the science

Teaching the Physics of Climate Change - . this ppt available on www.vicphysics.org - teachers - teaching the science of

Climate Change and Kansas - . johannes feddema. department of geography the university of kansas. outline. kansas and