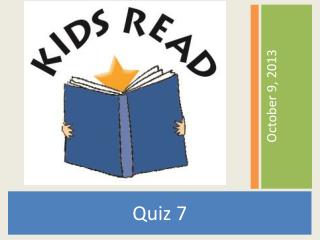 October 9, 2013 . Quiz 7. There are three books in the trilogy "The Lord of the Rings' by J. R. R. Tolkien.  Name the titles of the three books. The Fellowship of the Ring, The Two Towers, and The Return of the King.