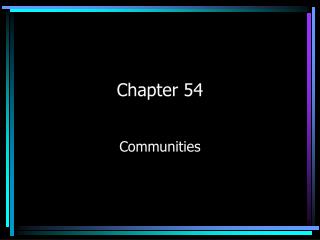 Chapter 54. Communities. Overview: A Sense of Community. A biological community is an assemblage of populations of various species living close enough for potential interaction. Fig. 54-1. Ecologists call relationships between species in a community interspecific interactions