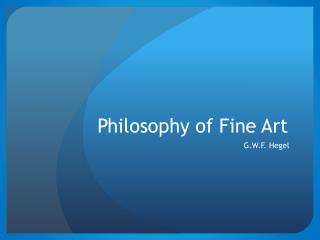 Fine Art - . class connect. things to discuss. turning in each assignment in the appropriate basket making sure you turn

Fine art (refined art) - . you will be adding yourself to a piece of fine art – a work created by a “master”. you

fine art painting - One of the thousands of emerging artists around the world, we have an artist fine shop painting made

fine art auctions - Welcomearts.com is the best place to sell art online at auction because of convenience; free listing

Fine Art Photography - . fine art photography refers to photographs that are created in accordance with the creative

Fine Art Moving - To have a secure and hassle-free movement, hiring fine art moving services is your best option. in