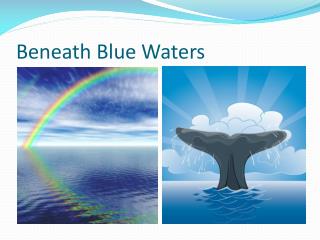 Beneath Blue Waters. Vocabulary. Submersible Oceanographers. A craft that operates under water Scientists who specialize in the study of the ocean. Vocabulary. Hydrothermal Menagerie Mesopelagic. Relating to hot water. A collection of wild animals.