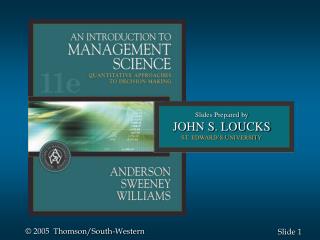 Chapter 4: Dynamic Programming - Overview of a collection of classical solution methods for mdps known as dynamic

Ch.4 Duality and Post Optimal Analysis - . dr. ayham jaaron. introduction. one of the most important discoveries in the

Chapter 1 - . preliminaries. purpose of this book. to examine carefully the underlying concepts of the various constructs

Integer linear programming - . when all of the decision variables in an lp must take only integer values, the resulting