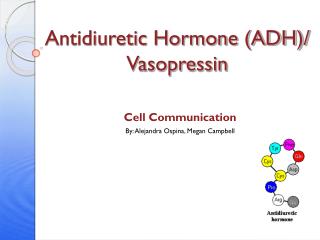 Behavioral Biology Chapter 54 - . approaches. behavior: the way an animal responds to stimulus in its environment two

HORMONES OF THE ENDOCRINE SYSTEM - . hormones of the pituitary. neurohypophysis--posterior pituitary

Endocrine system - . define hormone. the term hormone is derived from a greek verb meaning – to excite or arouse

The Endocrine System - . 10. which of the following regulates hormone secretion at the highest level of endocrine