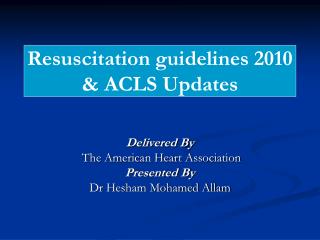 Resuscitation of the Pregnant Patient - Key points. during resuscitation there are two patients,