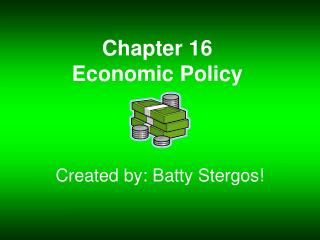 This lecture will help you understand: - Principles of economic theory economic growth, economic health, and

Chapter 16 Review - . which is an example of the uncertainty caused by economic instability? a consumer delays a