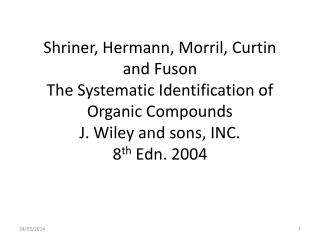 Tenney and Sons, INC - This is a septic tank cleaning and portable restroom business that strives for fair prices and

Organic compounds and Nomenclature - Root of the name. this depends on the number of carbon atoms in the longest unbroken

Carbon and Organic Compounds - . the position of carbon in the periodic table. carbon’s key properties. has a mid-range

Properties of Organic and Inorganic Compounds - . experiment 1 chem 121 organic chemistry laboratory. what is