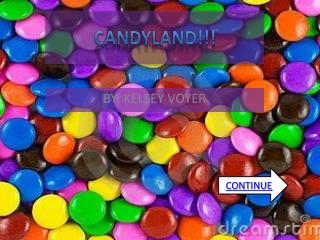 CANDYLAND!!!. BY: KELSEY VOYER. CONTINUE. There will be choices that you may pick out of: 1, 2 or maybe 3.But if you don’t chose the right path you may die… begin your adventure. . Ms. Cortrino’s Floating Candyland - . which candy will float. problem: what are you trying to find out?. hypothesis:

Cardboard Box 8: Candyland! - . wait a minute. how can we go home if we don’t have one?. hmm. i never thought of that.

Decorate Cakes and Cookies with the Best Supplies | Candyland Crafts - To make your cake and cookies look attractive, we