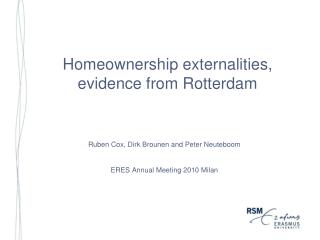 Port of Rotterdam - . radiation detection systems at the major international seaport of rotterdam. “balance between