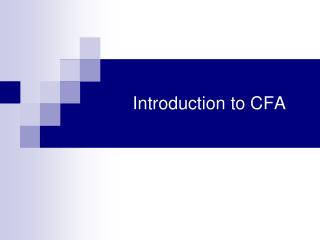 CFA Level 1 | CFA Course Details - When a new business model has been considered, proponents must first take on a

Evolution CFA - . yippeee !!!. antibiotic resistance can vary within a population of bacteria. the diagram below