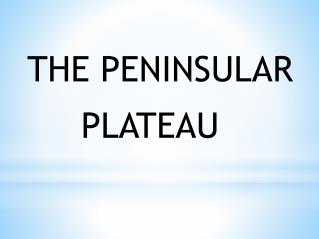 THE PENINSULAR PLATEAU - The peninsular plateau. a body or piece of land enclosed on three sides by