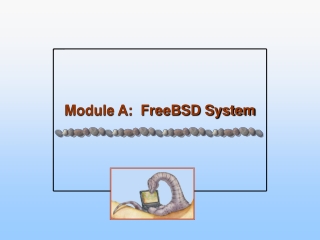 pfSense - . the basics. what is pfsense ?. “ a free, open source customized distribution of freebsd tailored for use as

EPROM PROGRAMMING - . module objective. learn the difference between eprom and otprom. learn how to program the eprom.

Running Squid in freeBSD - . what is squid ? a full-featured web proxy cache designed to run on unix systems free,