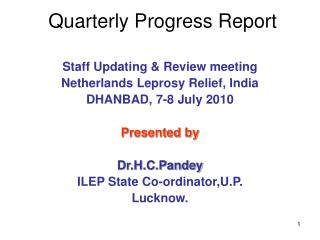 DBA Quarterly Report - . george palios. contents. as a result of my proposal to create a dba service, i identified the

Progress Report - . what we’ve done so far…. a fluid dynamics model to calculate leakage a method to set pass/fail