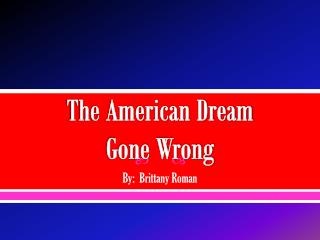 The Jungle by Upton Sinclair - . quotation 1. the introduction presents the novel’s core issue : “instead of finding

The Great Depression - Difficult times for america what was the great depression? a worldwide economic crisis the crash