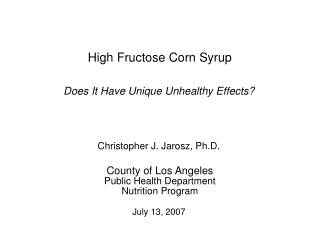 High Fructose Corn Syrup, What Is the Truth? - . overview. what is high fructose corn syrup (hfcs)? why do food

corn - By: brita humphrey. corn. history of corn. scientists believe that corn developed about 7000 years ago in the

Corn - . single most important crop in the us 20% of all crop land is planted in corn corn belt iowa, illinois, nebraska,

CORN - . by :varga boglárka. origins of corn a large number of indian myths deal with the origin of corn and how it came