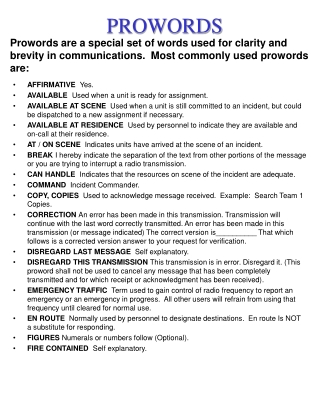 PROWORDS. Prowords are a special set of words used for clarity and brevity in communications. Most commonly used prowords are:. AFFIRMATIVE Yes. AVAILABLE Used when a unit is ready for assignment.