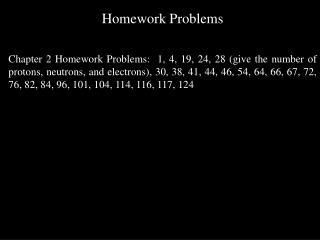 Doing Homework Problems in Moodle - . moodle is a courseware tool like blackboard which offers us a more useful type

When Students Don’t Do Homework: Problems And Solutions

Solutions of Homework problems - . resistive circuits. problem 1 use kvl and ohms law to compute voltages v a and v b .