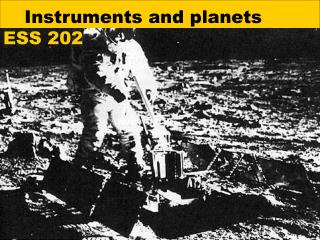 Planets and Stars - . stars. were noticed even before telescopes. balls of glowing hot gas. did not change position in

Planets and Moons - . overview. this online lessons consists of the chapters the solar system the planets moons

Planets and Moons - . overview. this online lessons consists of the chapters the solar system the planets moons planets

Planets and life - . successful detections of extrasolar giant planets suggests that planetary systems may be fairly

Planets - . for life on a planet, so far we have three important questions: how far is it from its sun? how massive

Planets - . do now 3/29/13. the type of plate boundary in which the plates move away from each other. (mid-ocean ridge)

Planets - By john october 2009. planets. mercury. mercury is: - the closest to the sun; - the hottest and it is too hot

Planets - . ch. 21 notes. astronomical unit. the average distance between the earth and the sun; approximately 150

Planets - . by joey daniels. sun (sol). the sun is the star that dominates the solar system and supports/maintains all

Planets - . mrs.spearman my’esha. sun the sun is very hot. it is very, very big. the sun is created of burning gases,

Planets - . luxcherie lee period 5. mercury. mercury got its name from one of the roman gods who was named, mercury.

planets - . mercury. is only 36 million miles away from the sun .that makes mercury the closest planet from the sun.

PLANETS - . how many planets are in the solar system?. 8. name the eight planets in the correct order as they go from

Planets - . conjunctions, oppositions and elongation. planets without a telescope look just like stars except, they