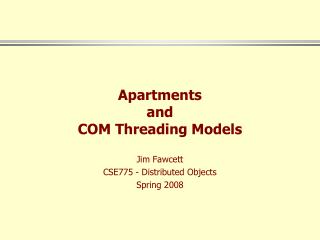 Multi Threading Models - . multithreading models. there are three dominant models for thread libraries, each with its own

Threading - . what is a thread?. the raised helical rib going around a screw . there are two types of threads.

Python-Threading - . thread vs threading. python offers two thread modules thread : used up to now; including this