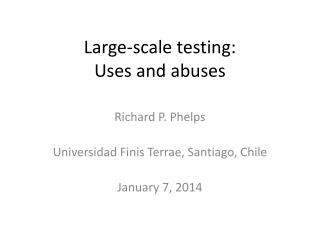 Measures of Intelligences IQ - . therese mcmullen anna yiantsos. what is intelligence?. an inferred ability ; to explain

Evidence for Large Scale Anisotropy in the Universe - . pankaj jain i.i.t. kanpur. introduction. universe is known to be

Adventures in Research… or How I Went from Chi Square to Here - . shari salzhauer berkowitz, phd mercy college adjunct