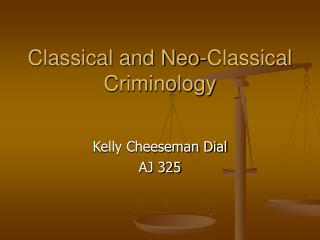 Diplomatic and Consular Law - . summary first step. the beginnings of classical diplomacy. the characteristics of

Verificationism - . classical empiricism. last time we learned about the idea theory. although it wasn’t confined to