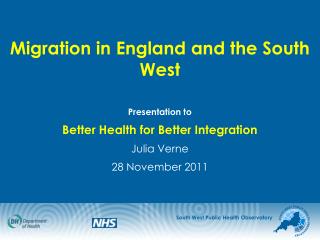 England South West - What i saw there. after the 80 countries i visited, my favorite holiday places are

Telehealth Services for better information, better Decisions and better Health - Explains about how information is being

Calcium for better Health - . 1 to 2 % of body weight is calcium it is the most abundant mineral in the body 99% of this

Educational trip to south-west England - . march 2012. places we visited. going to england - ferry. our hostel in