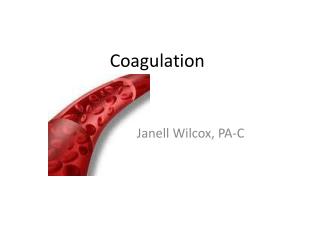 Coagulation Testing - Educational services, edison, nj. coagulation testing. what is it? why do we need it poc?. marcia

COAGULATION &amp; ANTICOAGULATION - . dr rakesh jain. coagulation. a set of reactions in which blood is transformed