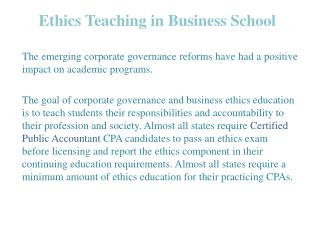 Ethics Teaching in Business School. The emerging corporate governance reforms have had a positive impact on academic programs.