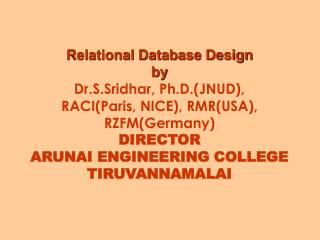 Normalization: 1NF, 2NF, 3NF - . first normal form (1nf) – entity whose attributes have no more than one value for a

Normalization - . learning objectives. definition of normalization and its purpose in database design types of normal

NORMALIZATION - . first normal form (1nf): a relation r is in 1nf if all attributes have atomic value = one value for an

Second Normal Form (2NF) - . a relation r is in 1nf, and every non-primary-key attribute is fully functionally dependent