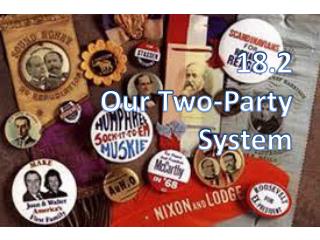 18.2 Our Two-Party Syste m. A Brief History. Not a part of the Constitution G. Washington warned against pol. Parties He worried they would divide us Do they? From the beginning we had the people who wanted a strong central gov . (the Federalists) and those against it (Anti-Federalists). Female reproductive syste M - . external gentilia. the vulva refers to those parts that are outwardly visible the vulva

The Solar Syste m - . by matthew schembri. the solar system image. mercury . the inside of mercury. information about

The Solar Syste m - . next. these are the planets in order from the sun. next. click below to hear about the solar

The Lymphatic Syste m - . what is the lymphatic system?. a n extensive drainage network that helps keep bodily fluid